The women who raised me shaped me. I think most men and women can agree with that to some extent.

While today the strong female is a rising figure, for me a strong female role model has been a thread throughout my whole life. I think of how I move about my life day to day, how strongly my positive outlook, my friendships and relationships, my organization, my dream making and goal setting have all been shaped by the steady presence and teaching of my mom and my grandma.

I can hardly sort the words to express my unconditional love and appreciation for these women, but I’ll give it a try

My relationship with my grandma is unique, at least from what I’ve gathered from other’s experiences with their grandparents. During my childhood we regularly spent time at her home in Bureau, Ohio after school, having lemonade stands, picking tomatoes from the garden at the side of her home, and going to the nearby park to feed the geese (until the day my brother got bit). When I was eight, my family moved from Ohio to Maryland, and for the next 10 years, my grandma lived with us.

I would consider myself to have an incredibly close relationship with my grandma, now my only living grandparent. I’ve always had a keen interest in my family’s history, especially as it specifically pertains to my grandmother. When I was in 8th grade, I prodded my grandma for information. Learning of her past uncovered new levels of my love for her.

Her most formative years were in the 1950-60s in Ohio, where the segregation was subtle. A beautiful and bright young lady, she pursued a career as a medical technician, which seems rather unheard of for a black woman in the 1960s. Digging through her basement this week I found her degree, a Bachelor of Science in Medical Technology. For each year she was re-certified as a med tech, a sticker was added. The last sticker was dated 1978. 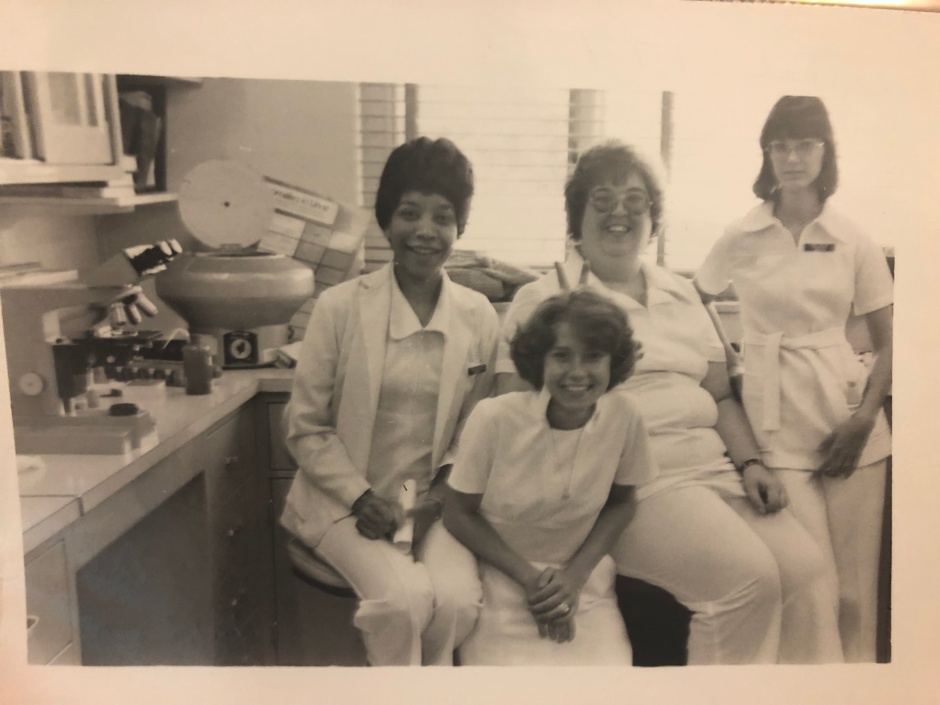 Aside from the story of a restaurant refusing her and her friends service (which later led to the integration of the restaurant), she rarely found herself faced with the struggle of segregation. But she has known her fair share of struggles, including the heartbreaking loss of a child. I can only imagine what the family felt on September 11th, 1978 when that cop came to the door to say their first born child had been taken from this world in a motorcycle accident. Sifting through boxes of photos and momentos, I found my uncle Skipper’s baby book. My grandma’s neat cursive documented the first time he sat up straight, his first cold, his first haircut. Looking at it, even I could feel the pain of the loss.

But never the less, she persisted. She began taking in foster children, and whether the goal was to fill a hole in her own life or to make the lives of these abandoned children feel more whole, she succeeded in doing both.

This is one of the things I admire most about my grandma, her ability to make and maintain connections. She often forgets things but always remembers names and faces, she calls her family and friends often, and most importantly never forgets to say I love you.

I found a photo this weekend that left me pondering my mother’s relationship to her mother. Was it similar to our mother daughter relationship? The photo made it seem so. How she was shaped by her mother isn’t all that apparent to me, but i know how I’ve been shaped by  my own mother.

My mom is organized, meticulous, and thoughtful. She shows her love through her attention to detail, never missing an important date, celebrating even the smallest occasions, and always encouraging our dreams and goals with action steps and support.

She is truly one of the hardest-working people I know. Pursuing a career in finance, she has risen to the top of her game as the Vice President of Finance for Hearst Corporation. A major accomplishment as she’s the first black woman to hold that high of a position in the company. Being black and a female has never been a hinderance for her, and she reminds me that it should never be a barrier for me either.

As we grow older, our childhood becomes distorted by the nature of reality. I remember my mom being busy, leaving us with family friends or grandparents often. I never resented her for it, then or now. But as a young adult, I realized how much she had on her plate and how well she was still able to manage.

I can only imagine the days when she didn’t think she could do it. And when those days have come along for me, she never let me believe it to be true, and she still doesn’t.

I see my mother in myself with each to-do list I make, each goal I set, each dream I dream. I see my grandma in how I care for others, how I give my love freely and selflessly.

These are the women who made me who I am today, the women who have never faltered as role models, who have competed against their odds. I find the thought of me being in this world without them one day frightening, but I only hope to be half the role model that they’ve been to me.

Happy Mother’s Day to the beautiful women who raised me, and to the strong-willed women everywhere raising the next generation of thinkers, doers, and dreamers.