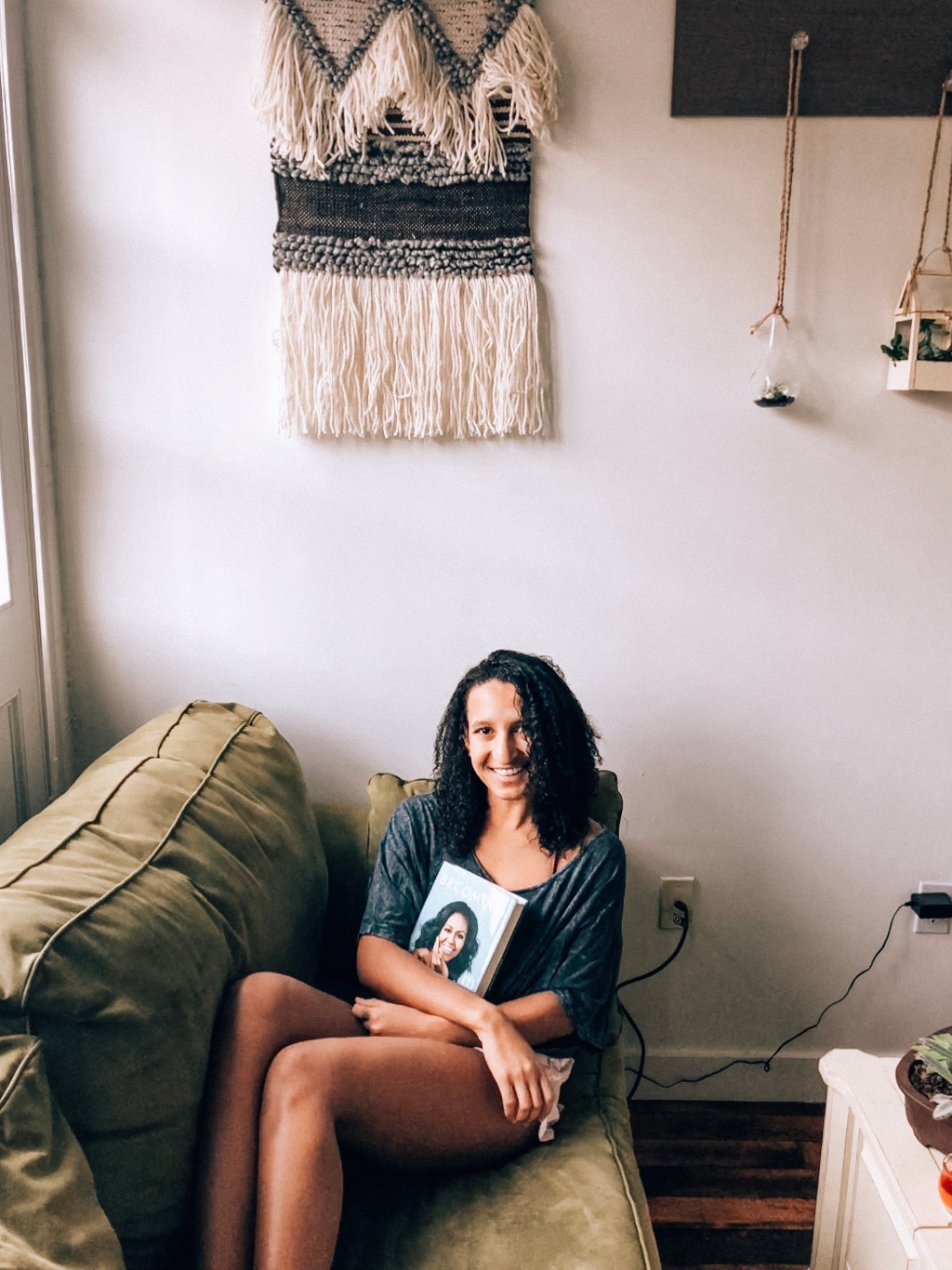 The beginning of April marks the end of Women’s History Month, which has inspired me to dig back through some notes I took while reading Michelle Obama’s autobiography, Becoming.

I felt so moved and inspired by much of what Michelle shared. I tried to keep a pencil near by when reading or would dog ear pages so I could keep track of the most moving moments.

I found that I connected strongly to a young, more college-aged Michelle and I found myself learning more lessons from an older Michelle. I also found myself making connections to the strong female influences in my life, including many of my hustling friends and of course my incredibly awe inspiring, hardworking mother.

I made a lot of notes in this book, so here I’ve pulled out the ones most relevant and relatable to life as I know it. I also categorized them based on some of my own interpretations and feelings about the quotes.

All in all Michelle Obama is an incredible female role model to many and her story is an inspiration to the emboldened everywhere. I hope you enjoy reading these quotes as much as I did!

“This, for me, began a habit that has sustained me for life, keeping a close and high-spirited council of girlfriends — a safe harbor of female wisdom.”

“Time, as far as my father was concerned, was a gift you gave to other people.”

“‘I do recognize the value of individuals having their own interests, ambitions, and dreams,’ I wrote in my journal. ‘But I don’t believe that the pursuit of one person’s dreams should come at the expense of the couple.'”

“I felt it then — the power of what we were doing, the significance of the ritual – as we stood there with our future still unwritten, with every unknown still utterly unknown, just gripping each other’s hands as we said our vows. Whatever was out there, we’d step into it together.”

“I had so much — an education, a healthy sense of self, a deep arsenal of ambition — and I was wise enough to credit my mother, in particular, with instilling it in me.”

“Finding a career as opposed to a job wouldn’t come from perusing the contact pages of an alumni directory; it required deeper thought and effort. I would need to hustle and learn.”

“These were women who knew their own voices and were unafraid to use them. They could be humorous and humble when the moment called for it, but they were unfazed by blowhards and didn’t second-guess the power in their own point of view … They’d dropped any masquerade and were just wonderfully, powerfully, and instructively themselves.”

“My to-do list lived in my head and went with me everywhere. I assessed my goals, analyzed my outcomes, counted my wins. If there was a challenge to vault, I’d vault it. One proving ground only opened onto the next. Such is the life of a girl who can’t stop wondering, Am I good enough? and is still trying to show herself the answer.”

“What I lived for now were the unrehearsed, un-photographed, in-between moments where nobody was performing and no one was judging and real surprise was still possible — where sometimes without warning you might feel a tiny latch spring open on your heart.”

“Failure is a feeling long before it becomes an actual result.”

“I wasn’t going to let one person’s opinion dislodge everything I thought I knew about myself.”

“Everyone on Earth, they’d tell us, was carrying around an unseen history, and that alone deserved some tolerance.”

“I’d seen this confusion play out on the national stage among whites and blacks alike, the need to situate someone inside his or her ethnicity and the frustration that comes when it can’t be easily done.”

“I tried not to feel intimidated when classroom conversation was dominated by male students, which it often was. Hearing them, I realized that they weren’t at all smarter than the rest of us. They were simply emboldened, floating on an ancient tide of superiority, buoyed by the fact that history had never told them anything different.”

“It’s a curious thing to realize, the in-betweenness one feels being African American in Africa. It gave me a hard-to-explain feelings of sadness, a sense of being unrooted in both lands.”

“In general, I felt as if I couldn’t win, that no amount of faith or hard work would push me past my detractors and their attempts to invalidate me. I was female, black, and strong, which to certain people, maintaining a certain mind-set, translated only to ‘angry”. It was another damaging cliche, one that’s been forever used to sweep minority women to the perimeter of every room, an unconscious signal not to listen to what we’ve got to say.”

Mom + Dad 🧡 est 2023
‘22 has been one of my favorite years so far 🦋💭🕊but the best is still yet to come. SO excited for you 2023 🥹❤️
2022 unlocked my travel era 🔐✈️🌍 and subsequently one of the most meaningful journeys of my life
This year was just too good to me 💖 I am so grateful to this cycle around the sun, a year of so much growth, personal growth and of course growing baby apple 🥰👶🏽🍎❤️ (ps it’s gonna take more than one reel to recap this year 😚)
They say it takes a village, we’re so lucky for ours here in St Pete 🧸💚
Babymoon of my dreams! So grateful for one last getaway just the two of us 🧡